Over the past few decades, buying food with an “organic” label has become increasingly popular. While some people try only to eat organic food (since organic food is not treated with pesticides), most people couldn’t care less if their food was organic. Unfortunately for fans of the natural movement, organic food is generally more expensive than conventional food — and that goes for everything from produce to grains to snacks to animal products.

Why Is Organic Food More Expensive? 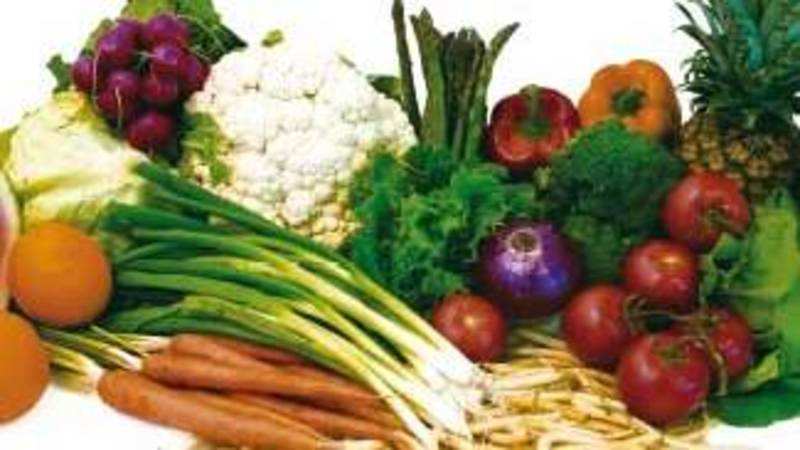 Organic food often costs more than conventional food. This is not a hard-and-fast rule, but in most cases, an organic apple will more traditional than a conventional one.

According to Capital Press, in 2017, $45.2 billion of the food industry’s total income was thanks to organic food. That number may sound like a lot, but it’s only 5.5 percent of the industry’s total sales that year, which were $822.2 billion. So since organic food represents such a small percentage of total food sales, the prices are a bit higher. If organic food demand continues to grow, the supply could be scaled up, and natural food could subsequently go down in price (your primary supply and demand).

Interestingly, it costs money to get certified as organic. In the U.S., any food product that is certified organic must be approved by the Department of Agriculture (USDA). According to The Balance Small Business, certification can cost $700 to $1,200 per farm. Not to mention, there are plenty of other responsibilities and costs associated with the certification. As detailed on the USDA’s website, “organic operations must demonstrate that they are protecting natural resources, conserving biodiversity, and using only approved substances.”

All the hoops that farms must jump through to get certified definitely hold some farmers (especially from small, family-run farms) back from applying for the official organic label — even if they maintain their farms using organic practices.

What Exactly Is Organic Food?

Organic food is any food produced without the use of synthetic or chemical pesticides or fertilizers. The organic label can apply to produce (where you probably see it the most) to grains to beans to packaged snacks, to animal products.

Interestingly, in terms of meat, dairy, and eggs, organic means the animals were raised on organic land, fed organic food, and not given any antibiotics or growth hormones. However, food made from animals on organic farms still includes hormones since animals naturally produce hormones just like humans; not to mention, animals on organic factory farms are still subject to the same unethical living conditions and slaughter as animals in conventional factory farms.

The opposite of organic food is called “conventional” food. That term refers to any food that does not restrict the use of those synthetic and chemical ingredients. Trace amounts of pesticides can be detected on many conventional fruits and vegetables, even after being washed.

In 2009, the NCBI found that in developed nations, the benefits of eating plenty of fresh produce “far outweigh[s] the potential risks from eating very low residues of pesticides in crops.” So if you cannot afford to buy organic produce, don’t let that stop you from eating fruits and vegetables since conventional food provides the same nutrient profiles as its biological counterparts.

Growing fresh produce for human consumption is pretty much always a sustainable process in the general sense of the word since nutritious plant foods are necessary to sustain a healthy human population. But when comparing organic versus conventional produce, organic farming practices are generally better for the environment. That’s mainly due to the pesticides used in traditional farming.

Rachel Carson’s 1962 book Silent Spring opened the public’s eyes to just how harmful pesticides can be for the environment. Pesticides can negatively affect the air, water, soil, nearby plants, animals, and even human health (especially for those who work directly with pesticides).

Additionally, as mentioned above, the USDA requires organic farms to protect natural resources and biodiversity, which is a positive thing for the planet.

A 2012 paper by the University of Oxford found that even though organic farming often requires less energy than conventional agriculture, organic farming requires more land. This increases the environmental impact of organic agriculture. “People need to realize that an ‘organic’ label is not a straightforward guarantee of the most environmentally-friendly product,” said Hanna Tuomisto, leader of the Oxford research.

In terms of animal products, like meat, eggs, and dairy, it isn’t significantly better for the environment to buy organic products since the animals still require the same amount of food and produce equal emissions. Factory farming is an unsustainable practice as a whole, so the best way to lower the impact of your diet is not by switching to organic meat but by eating a plant-based diet.

Is Organic Food Worth It?

Whether or not organic food is worth it depends on the specific food item. Interestingly, certain kinds of foods absorb the pesticides they are treated with more than others. So if you are interested in eating organic, but don’t want to spend your entire paycheck at the grocery store, try following the Dirty Dozen and Clean.